Dr. Carvajal, has performed countless facelifts during his career,
and he can help you counteract the effects of gravity and time and
restore the beauty you remember from years gone.

Restore the Beauty of Face You Remember
From Years Gone

Do you feel like your face doesn’t reflect who you are on the inside? Do you sometimes glance in a mirror and look away, saddened by your own reflection? Maybe, it’s time to consider a Facelift. A Facelift is a process that restores a more vibrant, youthful appearance;however, great cosmetic surgery requires a sense of proportion and balance combined with training and experience to achieve a beautiful and natural looking result. With the knowledge of a skilled surgeon and the eye of an artist, Dr. Carvajal, has performed countless Facelifts during his career, and he can help you push back the hands of time and restore the beauty you remember from years gone. 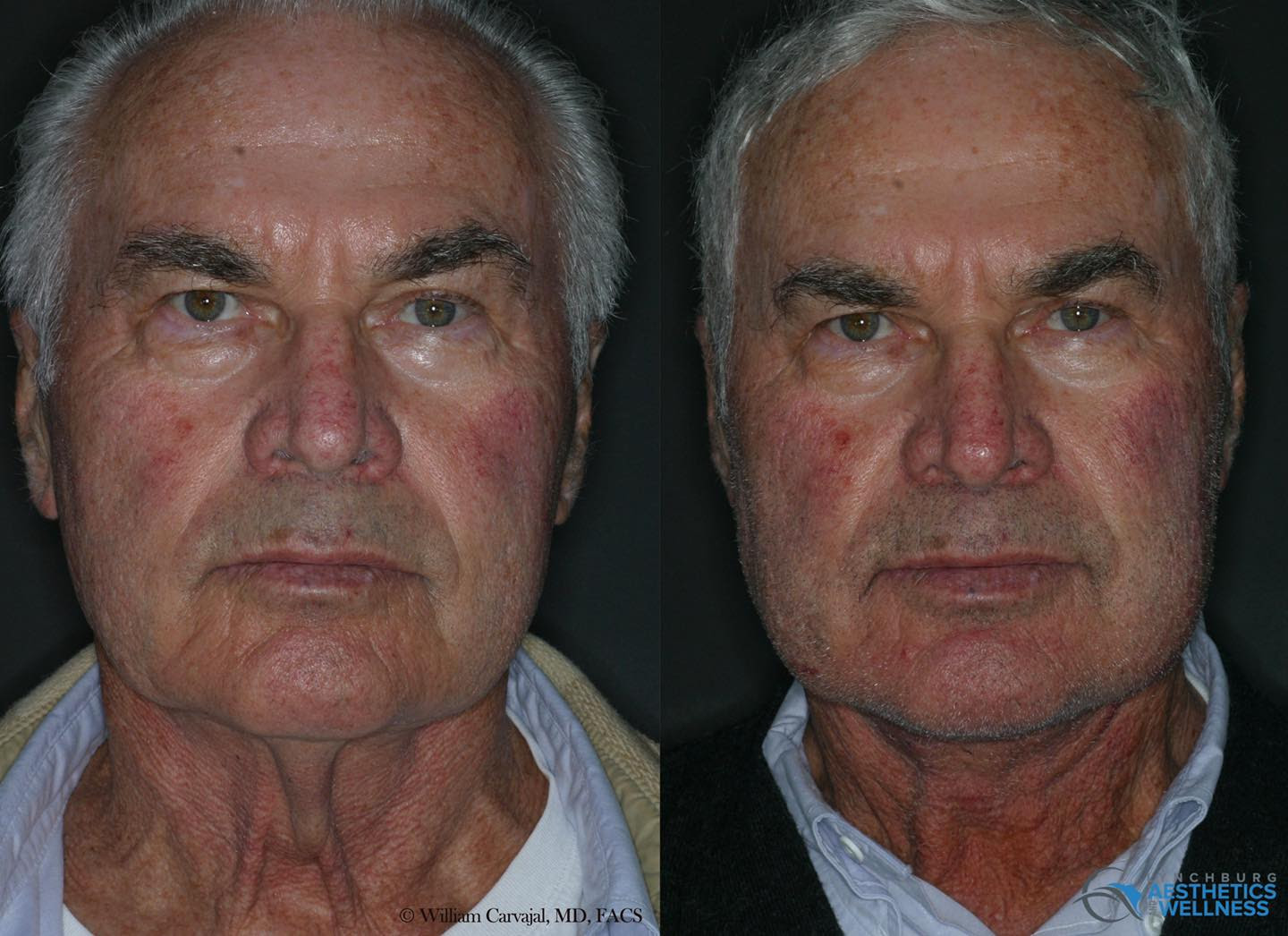 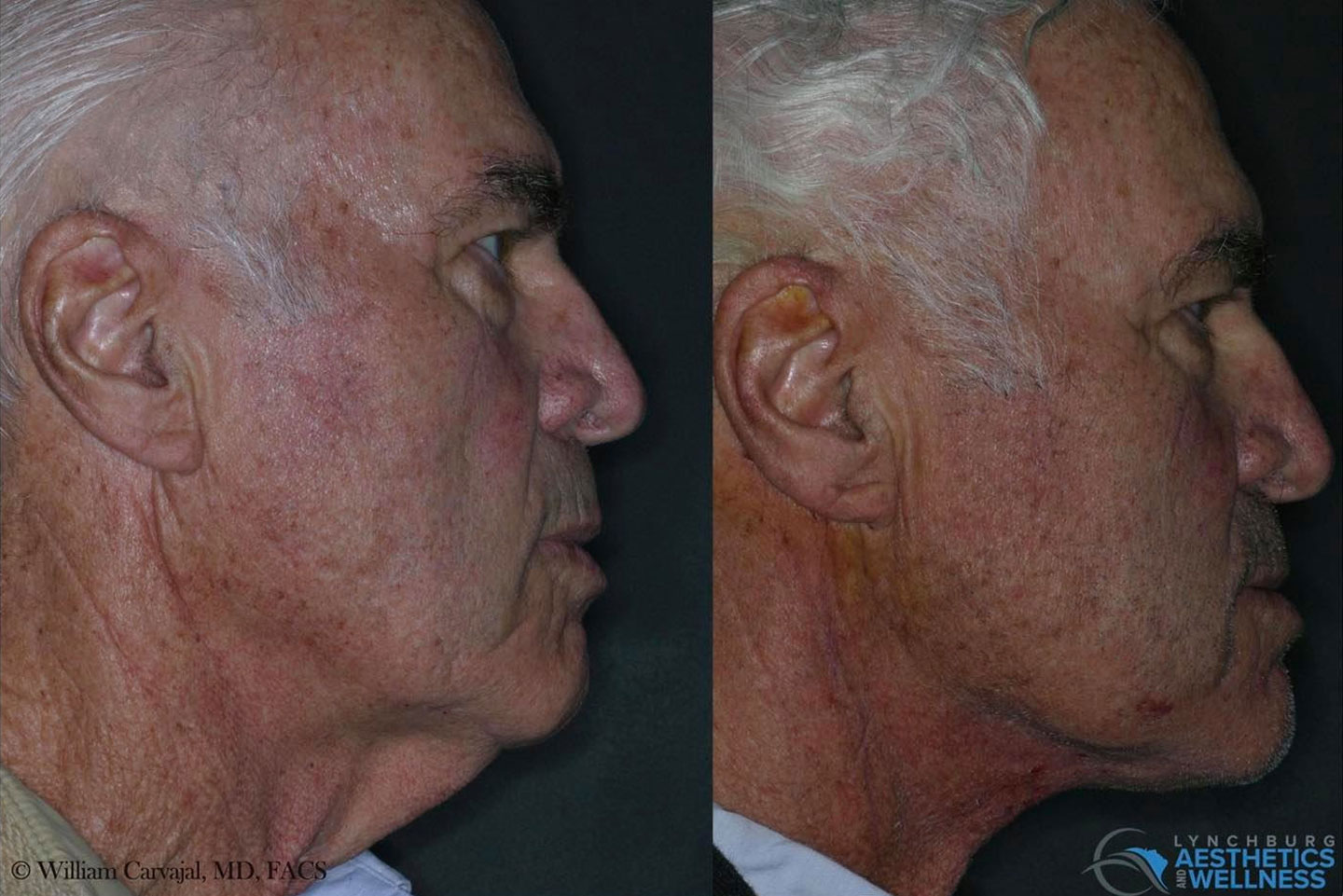 The staff and team were very encouraging and pleasant to deal with. Thank you so much for your kind and caring concerns. This made the whole experience very pleasant. Dr. Carvajal was great and the whole team from the front desk to the Post Op care.

What is a Facelift?

The loss of contours in the face can be due to the thinning of the skin, sun damage, smoking, stress, or even heredity. A Facelift, or Rhytidectomy, is a cosmetic surgical procedure that tightens and/or removes excess skin from the face, giving the face a more youthful appearance. A Facelift tightens loose, hanging skin (often called jowls), and a Facelift can remove deep creases and folds around the nose and mouth. A Facelift can also remove fat under the chin and in the neck. A Facelift can also be combined with eyelid surgery or other facial procedures.

Are There Different Types of Facelifts?

Yes. There are several different types of Facelifts, depending on the area in which you want to see improvement. Facelift types include:

A Mini-Facelift is a surgery technique designed to target aging in the lower face, which includes minimal sagging skin and early jowls. A Mini-Facelift is less invasive and uses smaller incisions than Traditional Facelift techniques and thus it is less invasive. During surgery, incisions are made above the ear along the hair line, which will allow Dr. Carvajalto tighten skin and remove excess tissue thereby improving the appearance of jowls and neck. A Mini-Facelift creates an uplifted, smoother facial contour; however, it is not designed for people with heavy jowls or severe signs of aging.

A Mid-Facelift targets sagging cheeks and is very effective in rejuvenating the midface region. A Mid-Facelift elevates the tissues of the cheeks thereby eliminating sagging and reducing deep creases. A Mid-Facelift is best for individuals who do not have jowls or sagging neck skin. During a Mid-Facelift, Dr. Carvajal will make small incisions in the hairline above the ears, as well as inside the mouth. These allow the fat pads in the cheeks to be repositioned, while also tightening your skin. A Mid-Facelift improves facial definition, creates attractive cheek contours, and eliminates nasolabial folds. A Mid-Facelift will even improve lower eyelids and can be performed in conjunction with other facial procedures.

When Should I Consider a Facelift?

There is no specific age or reason to get a Facelift; however, on average, a person considering a Facelift has deep creases and wrinkling, has lost skin resiliency and firmness, has excess skin around the chin and jawline, has lost facial tone and volume, or always looks tired. Early in life, the face produces plenty of collagen and elastin, which are the two proteins that gives the skin a youthful appearance. However, over time the natural production of the two proteins diminishes leaving facial skin loose and droopy. During your Facelift, Dr. Carvajal will remove excess skin and tighten what remains, which will leave you with a refreshed, youthful appearance.

You may wish to consider a Facelift if:

Who is a Good Candidate for a Facelift?

Prior to your Facelift, Dr. Carvajal will perform a complete physical examination. He will review your blood pressure, your ability to blood clot, the medications you take, whether you are a cigarette smoker, your drug use history, your allergies, and your overall skin condition.It is important to remember that living a healthy lifestyle, which includes a balanced diet and getting enough exercise, will help maintain the effects of Facelift surgery. Dr. Carvajal will explain what the surgery will involve, he will discuss the type of anesthesia to be used, your recovery period, and any potential complications that could develop.

What can I Expect During and After My Facelift?

Facelift surgery is usually done as an outpatient procedure. You will receive sedatives or general anesthesia, and the procedure usually takes from 2-5 hours. The person undergoing a Facelift normally goes home on the same day after their surgery. Upon completion of your Facelift, Dr. Carvajal may bandage your face to minimize swelling and bruising, and small tubes may be present for a brief period to draw off any type of fluid drainage. Dr. Carvajal will give you specific instructions on how to care for your surgical site, medications to take, and when to follow up with him. Full recovery usually takes about two weeks. Vigorous activity can usually be resumed approximately four weeks after your face lift.

What Does a Facelift NOT Do?

What Are Some Questions I Should Ask Prior to My Facelift?

My Life After My Facelift

A Traditional Facelift is a complex procedure that requires exceptional surgical knowledge and skill; however, most patients usually recover quite quickly. Typically, a person that undergoes a Facelift return to normal activities about two weeks following surgery. Strenuous exercise will need to wait until about 4 weeks following surgery. For a Mini-Facelift, recovery times are usually even shorter.

As each person heals differently, Dr. Carvajal will give you detailed instructions for aftercare and follow-up. On average, the primary concern patients have following a Facelift is how soon they will look presentable following their procedure. Bruising and swelling are normal after a Facelift and will be at their worst about 2 days after surgery. After that, bruising and swelling will begin to fade and should be difficult to notice after about 2 weeks.

Dr. Carvajal will advise you as to when you can begin wearing make-up following your period of recovery. After you get back into the routine of your life, it is extremely important to protect your face from the sun. For several weeks following your surgery, you will be vulnerable to sunburn. Staying out of the sun will also help your scars heal. If you must be out in the sun, wear a hat and apply sunscreen regularly.